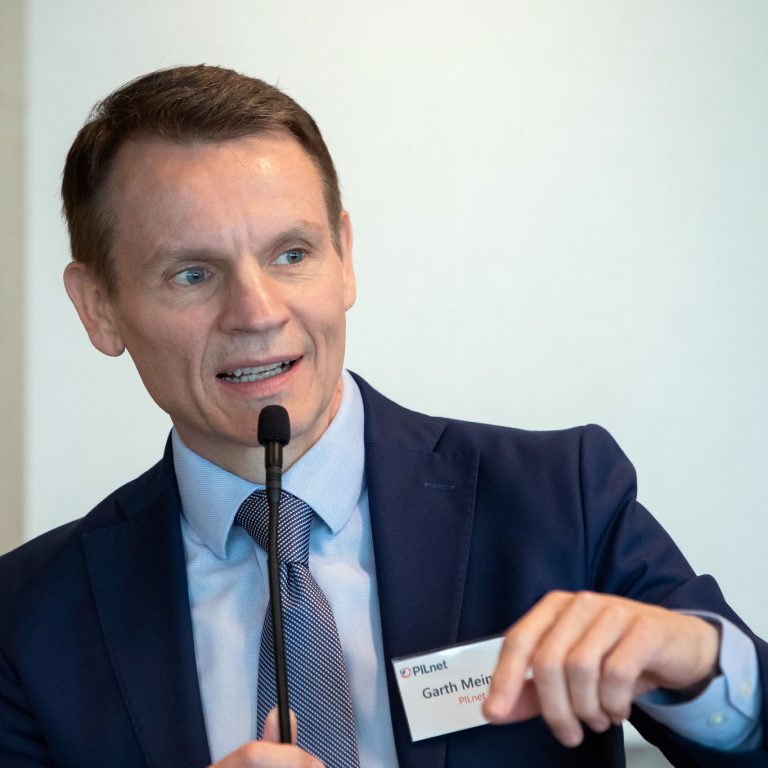 Moderator: Rethinking Technology, Pro Bono, and Access to Justice, October 20 Moderator: The Justice Gap and the Legal Profession, October 20 Garth Meintjes is the executive director of PILnet and is based in the organization’s New York office. Prior to joining PILnet, Garth served as the executive director of ISLP for nearly five years. In this role, he led the integration of the organization’s operations in the United States and Europe. Previously, Garth was chief operating officer at the International Legal Foundation, where he oversaw the expansion of their programs in Afghanistan and Nepal. Before this, he led the JEHT Foundation’s international justice program, which focused on challenging U.S. exceptionalism to international justice, particularly in its national security policies. Garth has a B.A. from the University of Stellenbosch, an LL.B. from the University of Cape Town, and LL.M. and JSD degrees from the University of Notre Dame.