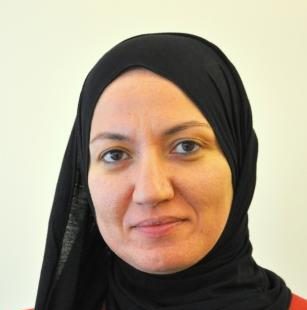 Hala Deeb is a practicing lawyer in Amman, Jordan, and a legal consultant for the Jordanian Women's Union, an NGO dedicated to the abolition of gender discrimination and the promotion of human rights. She provides legal advice for women and lectures on women’s rights issues. Hala also serves as the regional legal consultant on two projects fighting the exploitation and abuse of migrant workers and the trafficking of women. Previously, Hala worked as a legal advisor with the Jordanian National Committee for Women and the Sisterhood Is Global Institute. She currently serves on a number of reform-minded legal committees, including the regional coalition to amend personal status law, the Expert Committee Drafting Election Law, and the Women’s Committee of the Jordanian Bar Association. Her paper, “Women in Local Governance,’” was published in the 2008 book The Role of Women: The Jordanian Perspective. Hala holds a master’s degree in law from the Amman Arab University in Jordan and is pursuing a Ph.D. in law and a second master’s in women’s studies. As a PILnet International Fellow, Hala is developing a project to help fight discrimination and violence against women in the socio-cultural environment in Arab countries.