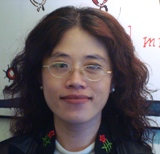 Huang Xuetao is one of China's foremost advocates for reforming mental disability law and is president of the Equity and Justice Initiative (EJI), an organization in Shenzhen, China, that she founded immediately after returning from her PILnet Fellowship in 2010. The impact of advocacy by Ms. Huang and EJI is reflected in a national mental health law, passed in late 2012, that for the first time addresses the rights of the mentally disabled. Prior to her PILnet Fellowship, Huang practiced law at the Beijing Horizon Law Firm and was involved in numerous public interest cases, some of them highly publicized in China and abroad, including several involuntary commitment cases. Huang has provided pro bono services to Chinese dissident Liu Shui--related to his sentencing to three years in a labor camp for "re-education"--as well as to dissidents imprisoned in Guangdong and Shenzhen. She is also a community activist and author of the first Chinese blog on public and mental health issues. Huang holds a master's degree in law from Peking University and a bachelor's degree in law from Shenzhen University. As a PILnet International Fellow, she focused on forced institutionalization, studying the American experience of deinstitutionalization of people with mental disabilities with the aim of constructing a critical analysis of the existing system in China. Huang’s work was mentioned in a two-part The New York Times series by Sharon LaFraniere, "Life in Shadows for Mentally Ill in China" and "Assertive Chinese Held in Mental Wards" (November 10, 11, 2010). She is also featured in a video from Al Jazeera about the crisis of mental health treatment in China, "Slipping Through the Cracks" (February 2012).