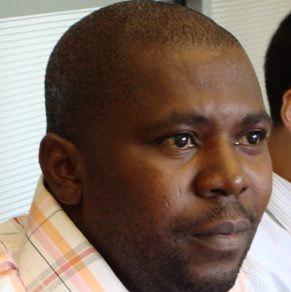 Kolawole Ogunbiyi is a Senior Lawyer with Avocats Sans Frontieres (Lawyers Without Borders) - France in Abuja, Nigeria.  Prior to this, he was the Program Coordinator at the Legal Resources Consortium. Before working with the Legal Resources Consortium, Kolawole was a Staff Attorney with the Civil Liberties Organisation (CLO) in Lagos, Nigeria. At CLO, he acted as the coordinator of a network of pro bono lawyers who provide free legal assistance. He is very involved in prison reform in Nigeria and has secured the release of more than 400 inmates held in pretrial detention. Kolawole received his LLB with honors from the University of Ilorin in Kwara State, Nigeria in 2003 and was licensed to practice law in 2004. As a PILnet International Fellow, Kolawole investigated the use of community service as an alternative to imprisonment in America and its potential as a practice in Nigeria.