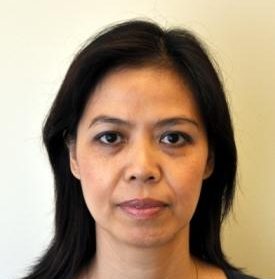 Oanh Ngo teaches at the Vietnamese Ministry of Justice’s Judicial Academy, a mandatory training institution for anyone wishing to become a lawyer, judge, prosecutor, or other judicial official in Vietnam. She is also head of the School of Legal Consultancy's Lawyers Training Department and chairs a legal clinic providing legal assistance for indigent and child offenders. In addition, Oanh has worked at the National University, the Diplomatic Institute of Vietnam, and Hanoi Law University, where she taught aspiring law students and prepared them for the Judicial Academy. After earning a master’s degree in law from the State University of Moldova in 1994, Oanh spent a decade practicing law in Vietnam. In 2005, she received her Ph.D. in jurisprudence from the Peoples’ Friendship University of Russia. Most recently, she spent a year at Harvard Law School as a Fulbright Scholar. As a PILnet International Fellow, Oanh is developing a project to establish a juvenile justice advocacy center at the Judicial Academy, dedicated to the study and protection of children’s rights in Vietnam.