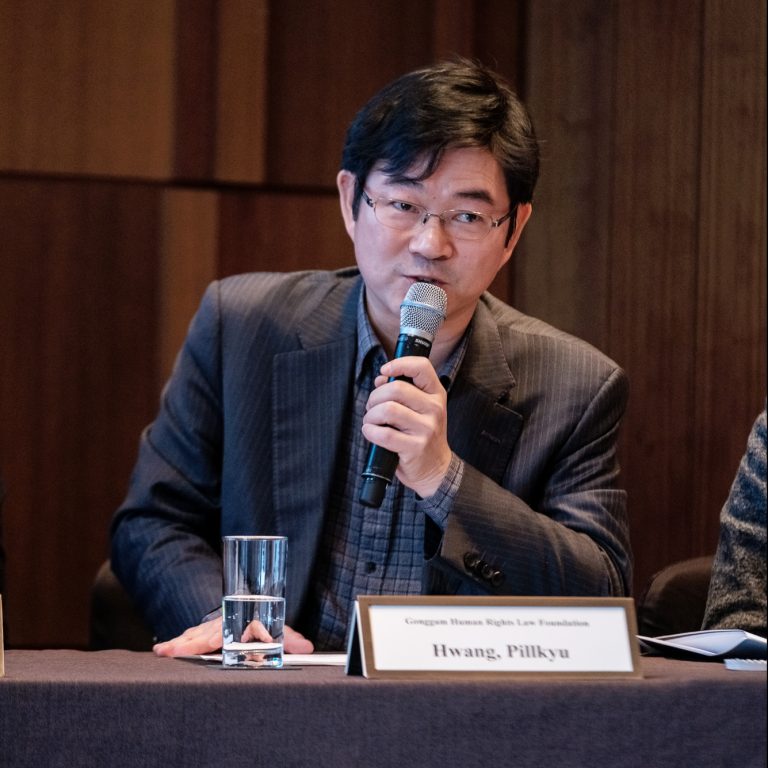 Dr. Pillkyu Hwang, Esq. is Executive Director at GongGam Human Rights Law Foundation and an adjunct professor in charge of the international human rights law clinic at Seoul National University (SNU) Law School. The main areas of his advocacy, research and field work include international human rights, migration, refugees, business and human rights, international adoptees, alternative child care, North Korean escapees, disaster and human rights, detention and human rights and access to justice in general both in Korea and Asia. He graduated from SNU with an LL.B. and has earned his PhD in public international law at the same university. He was a visiting academic at the Centre on Migration, Policy and Society (COMPAS) of Oxford University in 2007, and a visiting fellow at the Human Rights Program of Harvard Law School in 2011-2012. He has been the Human Rights Committee coordinator of the Korean Bar Association (KBA) for 8 years and is now the chair of the KBA’s Special Committee on International Human Rights. He was a member of the Reform Committee within the National Human Rights Commission in 2017 and has been a President-nominated commissioner of the Special Commission on Social Disasters in Korea since 2018. He also has played a leading role in the Asian region, as the chair, in two major regional human rights networks, the Asia Pacific Refugee Rights Network (APRRN) (2010-2012) and the Asian Consortium for Human Rights Based Access to Justice (Hrba2j-Asia) (2011-2017).