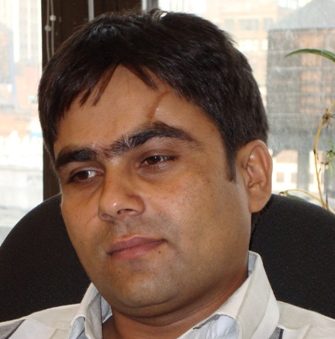 Rabin Subedi is a national legal consultant with the Japan International Cooperation Agency’s (JICA) Nepal office in Kathmandu and the general secretary of Public Interest Law Advocacy and Litigation Nepal (PILAL). PILAL was established and is run by the PILnet International Fellows of Nepal; the organization aims to advance human rights in Nepal through litigation and advocacy and works in close partnership with PILnet. Rabin has been an active advocate in Nepal since he received his lawyer’s license in 1997. His areas of practice are very broad and he has argued several cases before the Supreme Court of Nepal. Recently, the Court rendered a favorable verdict on one of his cases that obligated the government to respect the rights of transgendered people. Prior to joining JICA, Rabin served as legal director of the non-profit Water and Energy Users’ Federation of Nepal, where he filed a number of cases at the Supreme Court of Nepal pursuing people’s rights to natural resources, especially water. He received his LL.B. and LL.M. degrees, and more recently a master’s in political science from Tribhuvan University. Aside from his advocacy work, Rabin is also a faculty member at St. Xavier’s College and has been teaching paralegal studies, human rights, and labor legislation to students pursuing degrees in social work. As a PILnet International Fellow, Rabin created an advocacy strategy for promoting access to natural resources among rural and poor peoples in Nepal as well as informing them about their rights to such access.