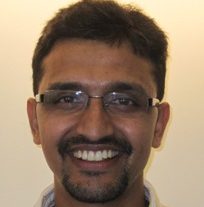 Shiva Prasad Paudel works as a staff attorney for Pro Public in Kathmandu, Nepal, where he litigates and researches on behalf of the public interest. In addition to this, he is a member and advisor for Forum for Justice, also in Kathmandu. As a legal expert and human rights advocate, Shiva is a critical player in promoting access to justice by lobbying and organizing with stakeholders on issues of judicial compliance and good governance. Shiva has provided an Expert Submission to the Constituent Assembly on children's rights and environmental justice, and through the National Human Rights Commission, has participated in human rights enforcement mechanisms. Shiva was appointed by the Nepali Ministry of Women, Children and Social Welfare to the Juvenile Justice Strengthening Program from 2005-2007, where he drafted and enacted juvenile justice reform laws based on directives of the Supreme Court and international treaty bodies. Shiva received a law degree from the University of Delhi, in New Delhi, India and is currently pursuing a PhD at Utrecht University in the Netherlands, through which he is studying the enforcement of public interest law in Nepal. As a PILnet International Fellow, Shiva developed a project on strategies and programs to improve judicial compliance in Nepal.