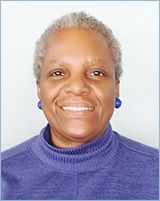 Speaker: State of the Art: Pro Bono in sub-Saharan Africa, October 19 Teresa Yates is National Director of ProBono. She has not only legal training, but a background in human rights and development on the continent. In her 18 years of experience, she has worked at NGOs, for government and as an independent researcher and evaluator. She has acquired not only a range of important management skills, but has also been directly involved in strategic planning, law reform and policy development, fundraising and budgeting, monitoring and writing, and leading diverse teams. Teresa led substantial design work on Alternative Dispute Resolution in the South African Department of Land Affairs in 2000s, where she worked in the Tenure Directorate. She has also worked as the Deputy National Director of the Legal Resources Centre, gender justice coordinator with Oxfam in Tanazania, the South African government and Nkuzi Development Association, a South African land organization focusing specifically on farm workers, land rights and land reform.