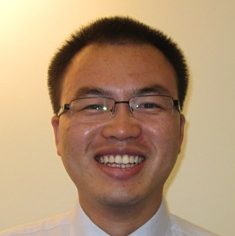 Zhang Zhongmin is an assistant professor of law at Zhongnan University of Economics and Law in Wuhan, China, where he previously served as a research fellow of environmental and resource law. Mr. Zhang’s work has focused on environmental legal reforms and environmental public interest litigation. Zhang has also worked within China’s judicial system. He investigated and published reports on water pollution along the Yangtze River for the Supreme People’s Court and National Congress and served as an assistant presiding judge at the Hanjian Intermediate People’s Court of Hubei Province, in Xiantao. In the latter role, Zhang researched the Chinese judicial system and trained judges in environmental pubic interest litigation. He is internationally recognized as an expert in this area and is a sought-after speaker on the subject. Zhang has drafted pioneering legislation, including “Environmental Protection Regulations in Zhuhai,” which was the first Chinese law to recognize environmental rights. He also introduced the terms “ecological compensation” and “environmental insurance” into new pieces of Chinese law. Zhang received his master’s degree in law and his doctorate in environmental and civil law from the Zhongnan University of Economics and Law in Wuhan, China. He completed a. LL.M. in environmental law at Vermont State University in 2012. As a PILnet International Fellow, Zhang researched American environmental public interest litigation and clinical legal training programs to create a best practices toolkit for Chinese litigators.